On Armistice Day it does no harm to contemplate  how our civilisation and many other civilisations, glorified the profession of war. Major General Sir Denis Pack has a c.v. that makes Horatio Hornblower and Jack Aubrey look like shrinking violets.  Every schoolboy would look at his garlanded tomb with a kind of envy. He personified courage and capability in the service of King George during the Napoleonic Wars. He took part in all the glorious campaigns, in The Low Countries, The Cape of Good Hope, Iberia and of course, Waterloo, under the command of the greatest of them all, the Duke of Wellington. Severely wounded nine times, he won glory for his country, by exemplary courage in the face of the enemy. What novelist would dare to tell such a story, without fear of being accused of absurd exaggeration? Would you not give your right arm for a testimonial like this. Many gave a great deal more.

“Nay,” said Dr. Johnson, “Every man thinks meanly of himself for not having been a soldier or for not having been at sea.” The posters derided the shirkers. “What did you do in the war, Daddy?” Dr. Faustus was tempted by the Devil with the thought of riding in triumph through Persepolis.  “Gentlemen in England, now abed, shall think themselves accurs’d whiles any speaks that fought with us upon Saint Crispin’s day.” It is no wonder that Olivier’s splendid  Henry V  was filmed in the middle of World War II, (in Ireland incidentally) to kindle patriotic spirit in the hour of England’s greatest danger.

The Napoleonic Wars were the last great wars to be  glorified without the awkward intrusion of photography. The Crimean War photographs and war dispatches, show a squalid and ill judged campaign where disease took more casualties than battle. Not much glory around.  The idiocies  and ineptitude of the high command were to a degree, disguised by glorious uniforms. The charge of the Light Brigade was extolled by a poet…. who wasn’t there. C’est magnifique, mais c’est ne pas la guerre.’ The Commander in Chief, Lord Raglan, (think sleeves)  a veteran of Waterloo, persistently referred to the enemy as the French. He meant to say Russians, but what the hell!  Lord Cardigan, who led the charge, spent much of his fortune on uniforms. He particularly forbade the wearing of spectacles by any of his officers. Ironic that the cardigan is identified with elderly gentlemen, probably wearing  glasses, reading quietly by the fireside. You would not throw one sleeve rakishly over your shoulder. Probably drop your pipe out of the top pocket.

The American Civil War produced a body of photographs that prefigure the horrors of World War I and Auschwitz. The Andersonville pictures show people deprived of any human dignity and denied any mercy, burrowing like rats, in the mud. Dr. Johnson was rebutting  Boswell’s observation: “I should think that where military men are so numerous, they would be less valued as not being rare.” Boswell, more than he could have imagined, was closer to the truth.  Photography shows the profligate waste of millions of lives in modern war. It shows the sinister beauty of weaponry and the apocalyptic destruction  now possible. In commemorations, the dead are accorded the honour frequently denied them in life. There is a melancholy glamour to remembrance ceremonies, where the paraphernalia of war is deployed to salute those slaughtered by war. Remembering does not necessarily lead to learning. 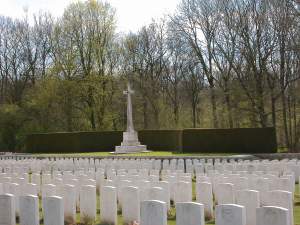 A word or two from Carl von Clausewitz, distinguished Prussian general, who gave the subject some thought: “War is merely the continuation of politics/policy by other means.” Nothing to get too worked up about there. “War is therefore an act of violence to compel our opponent to fulfill our will.”  Call a spade a spade. “All war presupposes human weakness and seeks to exploit it.” A rich field for exploitation. “In war, the mistakes that come from kindness are the worst.”

Yet the inspiring stories from wars are the individual acts of courage and selflessness that keep a flicker of hope alive, that human beings are more than mere reptiles tearing one another to pieces in the primaeval mud. These are the stories that most demand remembrance. My father, as a boy, saw no glory. He saw a lot of mud and death. He spoke of small acts of kindness and courtesy, even from German prisoners. He went to no re-unions or commemorations. He retained no bitterness against any enemy and showed no delight in the breaking of nations. He wore his poppy occasionally in sad recollection of a terrible time. He spoke seldom, but tellingly, of what he had seen of human suffering and  the pity of it all, late at night as the fire was dying down. I can only try to imagine what he saw in the embers.

Wellington sat amid the ruins of Badajoz and wept for the fine men whom he had sent to  death and mutilation.

After Waterloo, his greatest victory, he prayed to God that it would be his last battle.

2 thoughts on “The very model of a modern major general. Armistice Day.”