I sometimes wonder, in an idle moment, what might have happened if Hannibal had won. ‘All roads lead to ‘Carthage’. Nah! ”When in Carthage, do as the Carthaginians do.’ Doesn’t have the same ring to it. ‘The Pope of Carthage. Carthaginian Catholics.’ Ian Paisley would have had to re-jig his rhetoric.  ‘The Decline and Fall of the Carthaginian Empire. ?? Never heard of it. There would be no Romance languages, except for a dialect or two, spoken by rude shepherds on a few hills beside the Tiber. Why are shepherds always so rude?  Shakespeare would have been badly stuck for material. In fact he would have been badly stuck for words, considering that the English language is partly composed of Latin derivatives. Hollywood would have had to look elsewhere for some of its greatest epics. It is a pointless speculation, too vast for my brain at this hour of the morning, or indeed at any hour. Empires rise and dominate the world and then they fall. There is nothing permanent about an empire.

Two images on the television news caught my eye. One was the towering skyscrapers of Shanghai, blazing with electric lights. The lights of this futuristic city gleamed in the water. The other dealt with ‘Obamacare.’ It showed the poor and destitute of a formerly prosperous city, possibly Detroit, shuffling along run-down streets, with plastic bags and shopping trolleys containing their few possessions. An image is a powerful thing. The Chinese authorities would never have allowed images of such poverty in their cities, to appear in the world media.  All is success, great leaps forward, progress. I have no idea if they have a welfare service for the poor and elderly. I would welcome enlightenment.  A persistent picture of rural China is one of old people carrying  burdens, frequently bundles of  sticks. Fair play to the Americans. They admit to their failures. The Russians never televised exploding space launches.

Americans have wrangled for years about healthcare and creeping communism, as if they are synonymous. One argument seems to be that if the poor, the sick and the old are cared for, they will become strong enough to wrest the hard-earned wealth from the rich. Maybe that’s how a free market works. When Robin Hood robbed the rich to give to the poor, the poor became the rich and he then had to reverse the whole process. I spoke to a number of elderly Americans. They were preoccupied with the cost of healthcare.  They were all working, even into their mid seventies. The taxi driver was a retired college professor. I didn’t ask them about creeping communism. They had burdens enough. They didn’t look robust enough to carry bundles of sticks. It was pointed out to David Cameron in China recently, that Britain is now a small country. In my lifetime it was a vast empire. It did ‘bestride this narrow world like a colossus.’  It was a mighty edifice, but then the roof leaked. Damp rose through the walls. Slates blew away. The occupants became rowdy and kicked down the doors. They even set fire to parts of it.

Contemplation of the rise and fall of empires is too onerous a task. That old olive tree in the picture, stands beside the Via Sacra in Rome. It was there on the day that Julius Caesar walked to his death at the hands of assassins. It is a witness tree. The film Cleopatra shows Caesar, (Rex Harrison) walking towards his fate over a carpet of fallen leaves. The leaves crunch under his feet. They 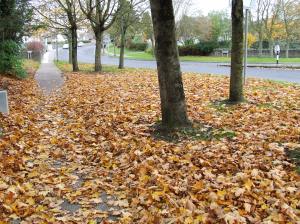 scurry away in the rising wind.  It is a powerful and evocative image but…..it was the Ides of March. March? Leaves?  Poetic licence, no doubt but a powerful picture, a portent of the tempest to come. Tradition had it that Hannibal fled to Pontus, where he was terminated with extreme prejudice by agents of Rome. Two cypress trees planted over his grave, turned aside, rather than shade the treacherous Carthaginian. History of course, is written by the winners. In Roman tradition Hannibal is the epitome of evil, the Bogeyman. Maybe the trees turned aside in order to let the sun shine on the grave of a hero.

A teacher told me about bringing a group of schoolboys to Rome. They were given a measure of freedom, with the usual caveats. One of them experimented with the local brew, with unhappy results. A frantic phone call: ‘ Sir, you better get down here quick.’

‘What’s happened?’ Where are you?’

‘Good God!’ A teacher’s worst nightmare. ‘Where are you?’

‘I dunno, Sir. Some bloke got stabbed here. That’s all I know.’

They were in the Forum. The bloke in question was Caesar. Italians still lay flowers on the spot, on the Ides of March.

‘Imperial Caesar, dead and turned to clay, might stop a crack to keep the wind away.’

The Japanese,(former imperial power)  refer to retired people as fallen leaves. What do you do with fallen leaves? They did shelter the Babes in the Wood. Yesterday I got my renewal notice for our health insurance. There was good news and bad news. The bad news was that the price has gone up. I would nearly say that it has been topped up, but that is an emotive term around here. Where Shylock sought only a pound of flesh, my insurer is looking for an arm and a leg. The good news is that I am fully insured for the amputations, semi private and private in public hospitals, even though there are few private rooms in the public hospitals. There are virtual private rooms, where you pay the private rate but you are in a public or semi-private ward. Don’t ask. There is provision also for prosthetic devices, with an excess of three hundred euro per member. I am a bit worried about the term ‘member’. There is further good news. It was so good that I went out immediately, to the wind-swept forest, where Margaret was gathering twigs for the fire. She was tottering under a great burden of sticks. The snowflakes and withered leaves whirled about her. She has been a good wife and provider for many a long year.

‘Be of good cheer,’ I called. ‘I bring tidings of great joy. VHI Healthcare has covered us for maternity benefit, normal confinement. We may be blessed with even more issue.’ (Will Shakespeare used to talk like that. How did he get away with it?)

She bent again to her task, with some muttered words of thanksgiving, that I could not make out in the howling wind. I mentioned that the fire was getting a bit low and hoped that she would not delay too long. Hanging around in the open air in winter can be bad for the health. I hurried indoors to count my blessings. It was nearly time for the evening gruel. I prayed that she would not tarry unduly long in the forest.  Romance was in the air again.